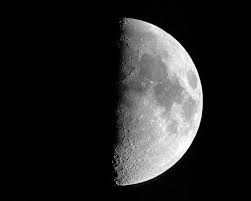 Nasa and Google have finally made their partnership official by signing a Space Act Agreement. It means that Google will be able to bring us all sorts of virtual imaging goodies which may just be a little out of this world (!). It will just take some clever mashups to enliven what Nasa has to offer. Such other-worldly (ok, enough of the puns) goodies will include,

Real-time weather visualization and forecasting, high-resolution 3-D maps of the moon and Mars, real-time tracking of the International Space Station and the space shuttle will be explored in the future.

That is the bit that caught my eye. Imagine extending that into a 3D immersive environment. You could be in a virtual space shuttle with astroavatars (er, so the astronauts, except they are controlling their avatars as well as flying a tin can in zero gravity), while moving through Google Earth/Mars/Moon (which by this stage has a real-time updating mode too so that everything you see is fresh), the stars and planets all around you, all in real time, seeing what they are seeing. As if astronauts and Nasa have nothing better to do. Heh. How about a bespoke one built out of Multiverse‘s toolkit?